au royaume des aveugles les borgnes sont rois ("in the kingdom of the blind, the one-eyed man is king.")

on sundays i don’t hide because i can’t.  they—the poor—don’t hide from me—the rich; so i have to drive and stare at their callouses while feeling the one inside of me grow harder.  we drive through their squalor, through the potholes and the fissures that threaten to ruin our daytime leisure of decadent grilled barracuda and plantains, where we fight the current rumored to have swept swimmers to a place where they gave up fighting and gave in to a fifteen minute death (drowning is a threefold process: in 2-3 minutes you lose consciousness, in 5-10 you suffer brain damage, in 15 your body follows suit).

the children sometimes wear nothing but joy (i remember saving up $35 when i was ten or eleven to purchase a winter coat emblazoned with MI colors and logos—two other winter coats already in possession.).  the stray chiens are emancipated, always; still they are part of the beninois food pyramid.  the elderly and the disabled (or the ones who fake disablement) beg here with a tap on your car window—unashamed.  i ignore them and instead feel their shame for them.

"they aren't really sure how much time has passed since they moved...it's like they aren't really sure if they do live here.  they belong to nowhere, unanchored.  some of them like to imagine that they're just hanging out for a while, just running the engine on idle at a traffic light, waiting for the signal to change."

my tongue a broken needle scratching
through the grooves of lost wisdom
trying to find a faith that beats like yours
what secrets do your bones hold?
what pattern does your dust settle into when I beat these drums
inside my ribs ?
what color was the soil in your grandmothers garden ?
how did you pray?
what reservoir did you pull your faith from?
was it anything like this gumbo
this sancocho
this remix of rituals and chants sampled
from muscle memory and spirits
that visit my dreams that I struggle to stir into discipline
to honor the unseen
did you hold the earth in your hands and thank her for its fecundity
how did you humble yourself before your architect
did your lower yourself to your knees
how did you pray?

we are truly miraculous
No comments:

He's in his mid-fifties, my father, but he is right now speaking with both the disenchantment of an adolescent and the paralysis of a man whom loss has thrust itself upon, as he tells us about the day when his own father fell from two stories up, his skull shattering, his pulse--miraculously still fighting for a life so suddenly and grotesquely slipping away.  It's been said that a tragedy, unexpected enough, traumatic enough, will stall a survivor's life, postponing normal growth, so that a fifteen year old mind lives in a thirty-two year old body.  I read that somewhere, sometime.  Now it's before me: I can feel the story of my grandpa's death in the pauses and breathes my father takes.  I can feel the breaking, the snapping in two, of a marriage as my grandma is cautioned she won't want to see the adulteration of her dead husband's face.  I can feel the earth give way and the ground-breaking shifting of change needle it's way into every pore of skin.  I can feel, too, sorrow for how my father remembers his father: I was never good enough for him.

I've mulled over this too much in the past year and a half of my life.  The process of moving and living overseas has heightened my fear of death tenfold.  I've feared the "someday", the day when the phone rings and they are lost to me, I to them.  I've feared depression and fear, and thus have been debilitated by both.

Listening to the cracking of his voice, the story I had never heard, fear was there, yes.  But I am here, and I am called to be here, in this day, and to love myself and them for adapting to situations neither of us really wanted to be in.  I realize the gift of living abroad--that is, I do not take his morning falsetto, her tattered bookmark, or his discourses for granted anymore.

I am not a tragedy survivor.

excerpt from a letter to the creator.

excerpt from a letter to the creator.

maybe if i cry every bit of water from my body, it will wash me clean in the way that Jesus' blood used to. maybe faith means crying when it all seems too much and believing that the tears will come back as warm rain. maybe the way to heal is to hug my pain and tell it i am going to do everything i can to change you back into love.

i've spent so long believing that love is always soft. and i'm not used to love that stings more than it soothes, so i call it disruption.
No comments:

i.  piano trills--rapidly (think the wings of a hummingbird) played notes a half step apart--took me years to learn.  for the first time, my fingers seemed to realize they were independent appendages.  executing (truly the most apt verb in this case) trills felt foreign and always forced.  i had to learn to let go of control.


***
over frothy brews and midnight hors d'oeuvres back in dc, a foreign service officer told me her vomit-to-surrender story (these two metaphors [for the beginning and the end] will keep me awake many a night).  "during my first tour, i couldn't stop vomiting for the first months.  every day i struggled with living as a foreigner.  six months later, i broke.  that breaking point was my surrender.  and i woke up one day to a different me.  i had adapted."
***
two seemingly unrelated paragraphs.  the underlying correlations: time.  giving up.   i can grieve my way into adaptation.  i can pray my way into adaptation.  i can cry my way there.  but i can never force my way into adaptation.
ii.  it falls, always, like cold water on skin, the pelting, unromantic realization: it is harder to forgive the ones i love than the ones i call enemies.  even more harrowing--love without forgiveness (i-am-just-like-them) is a wolf in sheep's clothing.
iii.  for some reason, despite the usual hum of uneventful routines, that day hangs on to my memories.  the window, pouring enough light to read my father's distinctive, illegible scrawl on the paper before me.  without vision, people perish.
iv.  beginnings have always been the hardest for her.  not for one moment did she feel herself to be anything other than wallpaper--antiquated, pasted to a world she couldn't (or wouldn't) escape from, mute.  always mute.  she felt voiceless, and if ever her voice was heard, it was becoming less and less her and more and more them.
v.  here in benin, i find myself more and more daydreaming into normality.  i do this so i might escape reality and the abnormalities that haven't yet become palatable.  this, in itself, isn't the problem.  the problem is when i don't let myself do this in a compassionate way.  i am only human.  and i am in a place where the language (almost everything here is in french), traffic patterns, dress code, sanitation, religion, food, weather, recreation, time, social mannerisms, expectations, etc. have all shifted from what i've known my whole life.  daydreaming, for now, might be normality.

vi.  "homecoming feels like vinegar in the wound.  it's a reminder of my failures: failure of foresight; failure to survive abroad; failure to love and be loved."  -koren zailckas.  ironic, these words are, coming to me during the days when i idealize america as the only bandage for my wound.  the wound--is it possible that the wound has nothing to do with location but with my perspective?

vii.  speaking to a native in their own language--albeit in tentative, disappointing, crude attempts--is one of the most rewarding surprises i've discovered here.

viii.  i am teaching again, turning the same pages, ritualistically driving the logic behind whole notes, bar lines, decrescendos, etc. into their open, slap-happy (right now) minds.  i am remembering the philosophy of my favorite educator John Holt (his How Children Fail is a must-read for any teacher)--if the teaching method doesn't work, throw it out right away.  and though i'm not one for change, their furrowed brows, robotic movements, and hopeful guesses tell me what i've feared:

Even more spellbinding : "The number of combinations [between neurons] possible--and hence the number of possible different thoughts or brain states each of us can have--exceeds the number of known particles in the entire known universe."  Limitless mental possibilities.

So why do 95% of these synapses remain inert and unused?  The acrid ones--the ones I hate (Romans 7) and the ones that break my spirit--these, these fire and burn continually.  At night, they could dispel the darkness for miles.  The thoughts become reality and then REALITY; and I am left to believe we are always the product of our choices.

Which is so very easy to say.  But the truth is, choices begin as thoughts and thoughts begin in the will and (here's the problem) the will is the corruption in the system.

The light is awakening : grace and crucifixion and honesty without agenda creates a new will.  This is a will that both breaks and sustains me and frees me to begin, awkwardly and painfully, to
think new thoughts.
No comments: 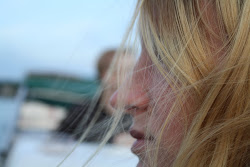